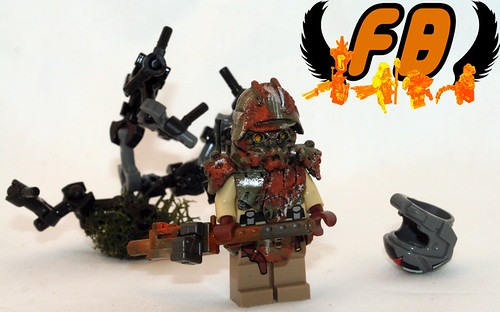 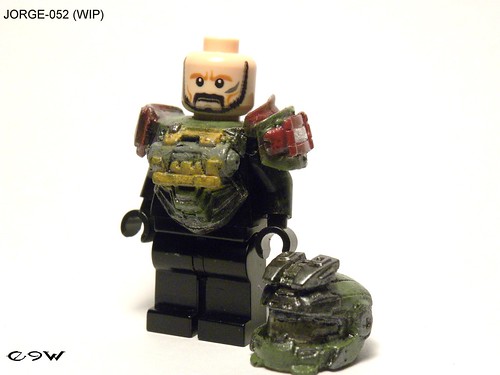 yet another custom minifig of the hazel amazing armory Jorge halo custom minifig armor set, this one isn’t as well painted, as some of the ones i’ve seen but i guess it illustrates that even with an average paint job these parts really do stand out as something special. 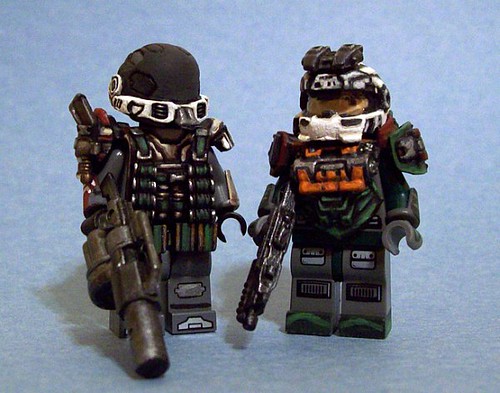 i really like KJs painting style as its really well highlighted, ie. where the lighter shade has been painted over a darker shade of the same colour to give the impression of depth and light. it really brings out the decal in the custom minifig and gives it a very crisp quality.
Emile – Helmet and Armor by: Amazing Armory (Hazel), Gun (Modified by: KJ) Parts by: Little Armory and BrickArms, Vambraces (Modified by: KJ) and Ammo Pouch (Modified by KJ) by: Brickforge 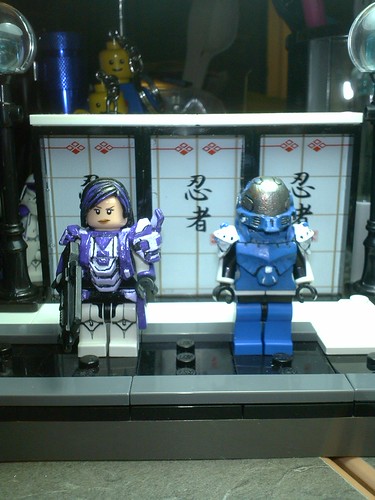 nice custom minifig using a customized version of hazels new halo custom minifig armor with the lense removed and notice the arm bits (from brickforge) which have also been altered. the gun is also new if i’m not mistaken as i don’t recognize it from hazels other custom minifig parts.