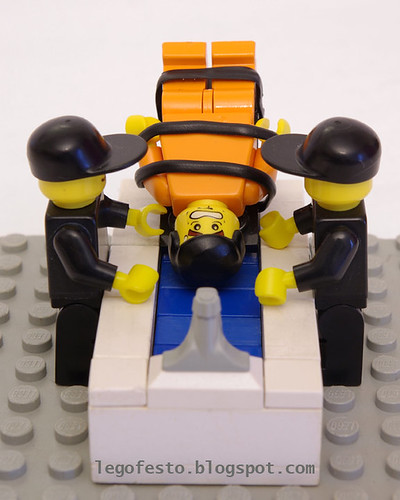 Here is a Lego recreation of the torture technique known as waterboarding, which has been used by the USA in Iraq, Guantanamo Bay and Bagram airbase, as well as in other “black sites” in the name of the War On Terror. Since obamas presidency top secret documents were mae public showing that Condoleezza Rice the 66th United States Secretary of State, and the second in the administration of President George W. Bush to hold the office authorized the use of this technique. It also transpired that the rule of law was actually altered to change the definition of torture so that waterboarding wouldn’t be classed as torture.

here we see a lego minifig being waterboared, and i think the expression on the minifigs face kind of sums up what waterboarding is.