ok, you’re going to have to bear with me, i’ve been away for a few days, so the site has had a massive update, we’ve got interviews, loads of new custom minifigs added and a heap more news below as well so make sure you look through the site!

OK first up, we have an EXCLUSIVE DISCOUNT from Thehut.com – 20% off their LEGO shop throughout February using: LEGOEXTRA

Next Ript have a cool new chuck norris style custom minifig tshirt, it looks super cool see below, and click here to check it out.

ok, so more news there are some awesome new lego minifigs for the 2011 starwars range, and you’ll obviously have seen the new pirates of the Caribbean sets complete with a few new minifigs and parts.

so from the new lego starwars sets the really cool thing is the spikey head thing on darth maul, the captain panaka hat i think will be awesome for anyone thinking of doing custom minifigs of the french foreign legion and the new storm trooper will appeal to all you decal obsessed.

Hazel seems to have had a creative fart and come out with yet more amazing and highly detailed custom minifig parts, he seems to be really gunning for the high detail stuff in resin rather than ABS. look forwards to seeing these items and many others get released, i’m still waiting on the custom minifig project arbiter for example, fingers crossed he gets his logistics sorted. 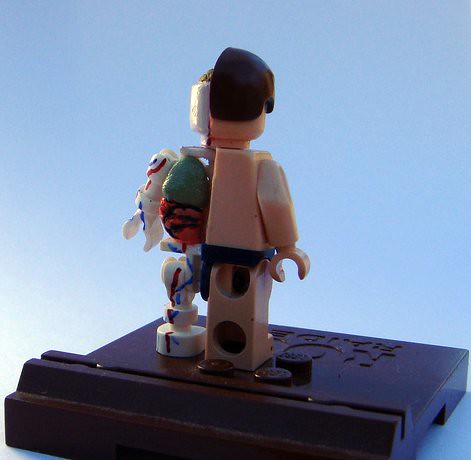 5 thoughts on “Mega minifig round up”