London G20 summit riots in all their Lego detail 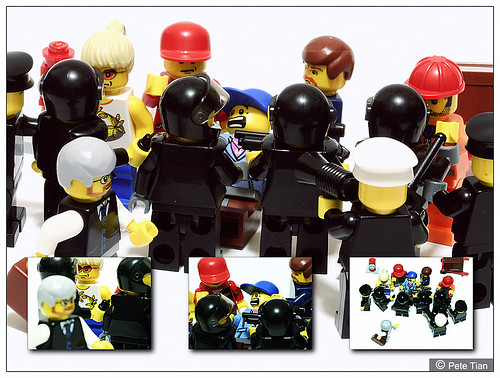 London G20 summit riots in all their Lego detail by keman7

London has been overrun with police these last two days because of the G20 that began on April 1st, yes april fools day, and there were mass riots that too over the city, a side from a handful of violent occurence, in general it was a bit of an anticlimax, more akin to a village fete than an anti capitalist demonstration, and here we have all the rioters depicted by Leo minifigs being cordoned off by Lego minifig police. Naturallt we have a minifig banker strolling by protected by the lego police.