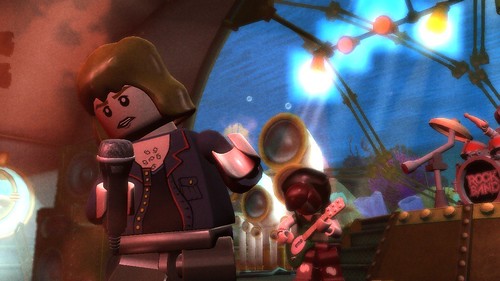 theres finally been some news about the suspected partnership between Lego and TT Games and Harmonix, in the creation of a nintendo DS LEGO Rock Band video games.

Players are able to customize their virtual lego minifig rockstar, not to mention support staff like roadies, managers, and the ubiquitous entourage.