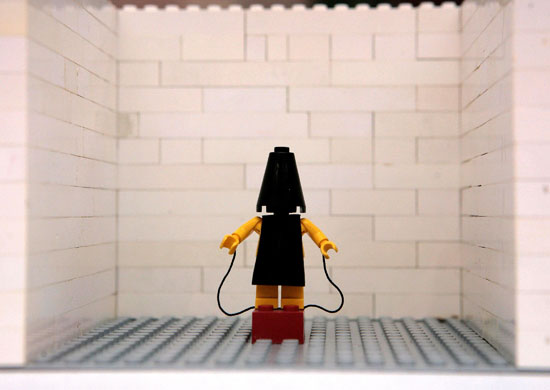 As far as custom minifigs go this is by far one of the most tasteless I’ve ever seen! It does show how Lego has an ability to ‘tone down’ the things it illustrates, this Lego custom minifig is off the ‘Ghosts of Abu Ghraib’, and was featured as part of an exhibition at the 2008 IslamExpo in London, interestingly I’m very surprised Lego would be willing to have been used in such a public and controversial way.

this image came from the guardian in the uk, and you can read more from them here.