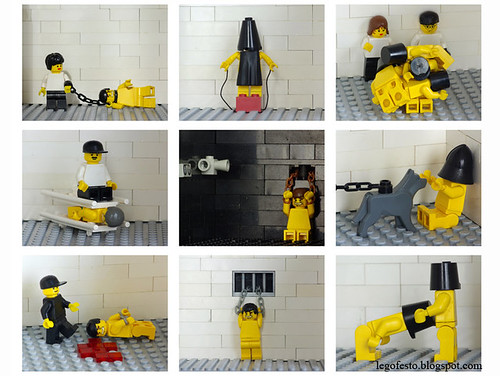 In the news recently it turns out that the CIA was authorized by none other that Condoleezza rice the 66th United States Secretary of State, and the second in the administration of President George W. Bush. It turns out that water boarding was ‘legal’ under these terms, but what about Abu Ghraid? Have we already forgotten this?

Here we see lego minifig prisoners being tortured in the same ways, giving a very graphical Lego minifig representation of the events that occurred at Abu Graib so many years ago.