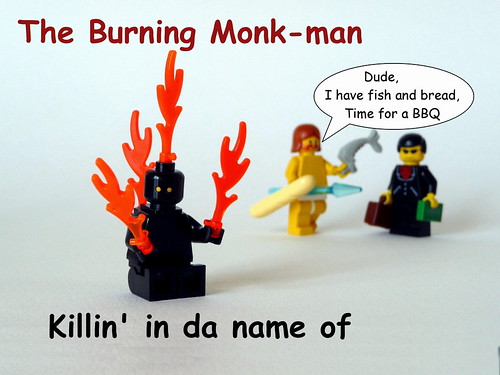 Check out this Burning Tibetian buddist Monk custom minifig made from standard Lego parts, in case you need a little back ground story, this tibetian monk set himself on fire in protest, he didn’t move at all whilst he was on fire, eventually passing away in the same position infront of an embassy, the photo was then placed on the front of a rage against the machine album cover. and now we have a lego version of the famous monk.