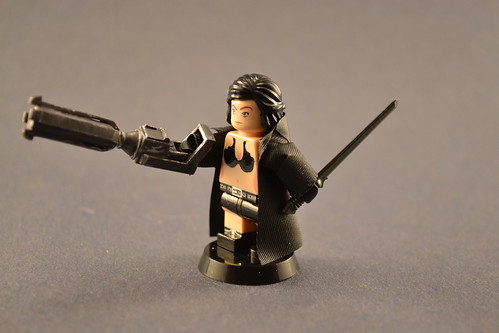 really cool custom minifi based on a BRS(Black Rock Shooter) Figma , Figma is a Japanese action figure line produced by Max Factory and distributed by Good Smile Company. A lot of their figures are based off of bishoujo anime characters. The cannon in her hand is supposed to be a very large gun, i think you’ll agree its pretty darn cool and that gun really is quite impressive.