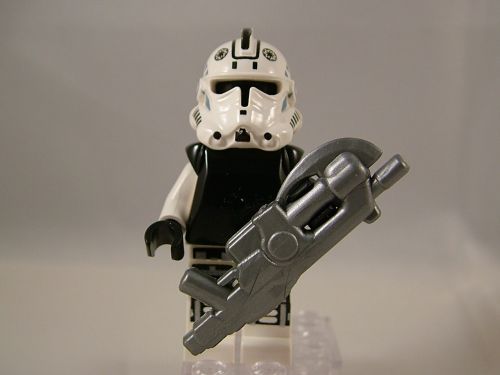 I was surprised to see brick arms releasing this ‘buzzgun’ which bears an uncanny resemblanceto Hazels saw gun, which you can buy from our own minifig shop.

it’s missing a lot of the detail compared with the Hazel one, but the front does have a handle. this being said, the brick arms saw guns is a little more geared towards regular play rather than display, the one bit that i really don’t like howver is the rather pathetic looking blade, which could do with being bigger. Aside from that the shape looks the same as Hazels saw gun and its pretty decent.

This entry was posted in Amazing Armory, Custom MiniFigs. Bookmark the permalink.